Join us for an exciting introduction to Registered Apprenticeship Programs (RAP) as a model to strengthen your workforce pipeline. Alongside keynote speaker, Dr. Alexia Q. Rolle, employers within your industry will be available to share concrete examples of how they have integrated this model into their workforce culture to garner results and grow their organizations.

Hear from industry experts and peers about the benefits of apprenticeships, funding opportunities and how to get started! 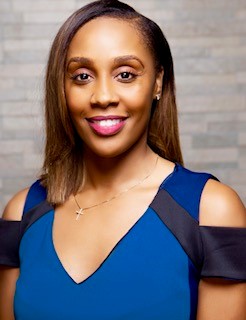 Dr. Alexia Q. Rolle, Ed.D. is a native of Miami, FL (Homestead), born to Alexander Rolle, Chief of Police and Armelia Rolle, retired educator. Dr. Rolle received her undergraduate degree in Social Work from the University of Central Florida, and both her Master’s in School Counseling and Doctorate Degree in Educational Leadership from Nova Southeastern University (2014).